So, after wasting a half a day in bed and elsewhere….. I bounced back and we squeezed so much into our day yesterday, my feet are still hurting. Around 25,000 steps of exploration and fun.

We started our day at Starbucks in Gion. A tradition for both SSB (Super Sake Boy), the kids and me…. we then wandered through Gion, the main geisha district and into Teramachi, one of my favourite shopping districts and through Nishiki market. We found a little sake shop and bought a lovely bottle, for less than a third of what it would cost us in Australia. The shop also had a wonderful selection of Japanese gin. For those of you who know me well, I am a very big fan of gin. Gin in Japan is becoming very popular, and both the big whiskey distilleries and some much smaller craft distilleries are producing some very, very nice gin.

During our adventure, the girls found a “mameshiba cafe”… their favourite dogs, shiba inu, lots of them, all small and some puppies…. we lost them for half an hour and SSB was worried we were not going to be able to retrieve them…. or detach them from the poor animals. The oooh-ing and aaah-ing after the experience was unprecedented, seriously! 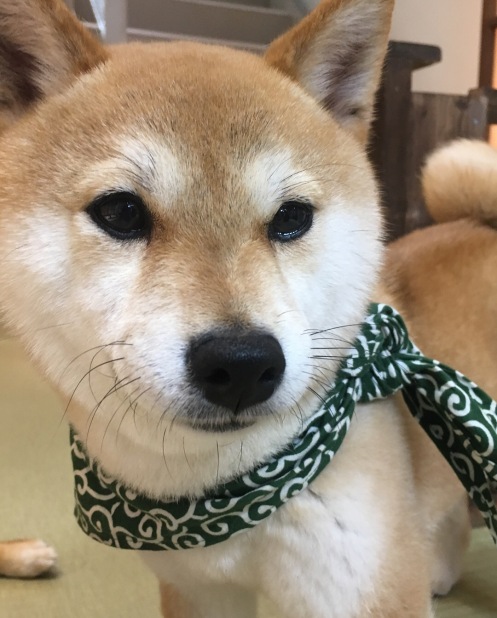 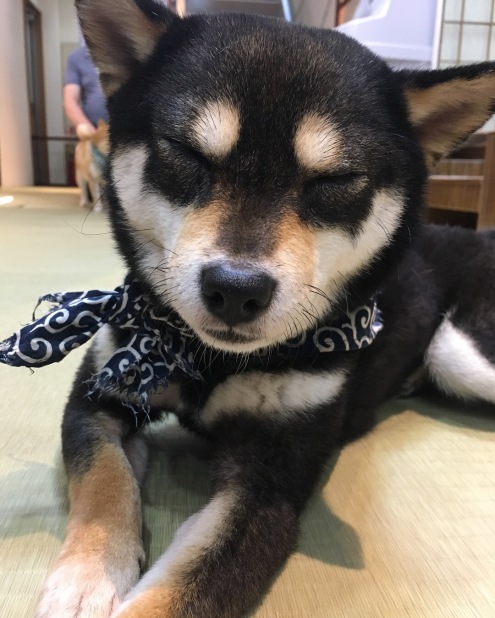 After some “Freshness Burger” lunch, which, incidentally did not look all that fresh (but the veggie soup was good)… we headed to the Kyoto International Manga Museum. My second visit, but as enjoyable as the first time. The museum is housed in an old elementary school building, more than a hundred years old. The wearing on the steps and the squeaking of the floorboards contributes to the general atmosphere, which is kind of like a library, only cooler. (That’s a big statement from a girl who used to wag school to go to the State library for fun). The museum houses thousands upon thousands of manga, dating back to the 60’s, which you can grab and read anywhere within the building. Most of it is in Japanese, but there is quite a lot of foreign language manga, mostly English. There is also a number of exhibitions, some permanent, some changing. A very enjoyable afternoon, and a bit of something for everyone.

After torturing the kids with a stroll through Daimaru food basement, filled with cakes and mochi and all things impossibly delicious looking…. we found an omurice restaurant and had dinner. A first for some… and very yummy. Japanese curry and omurice is a very good combo, especially when topped off with an Asahi draft! After dinner we wandered back towards Gion and headed toward the bus stop. Yasaka Shrine, however, was lit up like a proverbial Christmas tree and bustling. We decided to head on in and found ourselves in the middle of hanami. Food stalls, beer, seating and lighting under the cherry blossoms, with a festival ambiance and even some carnival amusements…. in a shrine? It was pretty spectacular…. the kids were dragging their heels by this time, so it was time to bus home for showers and an early night…. for them. We, on the other hand, had a secret sake plan…… 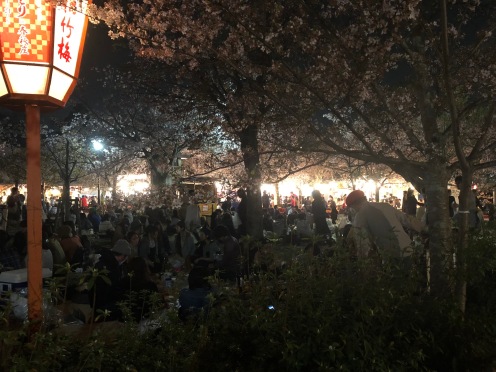