Japanese toilets are amazing. There are many different kinds of varying high-techness, and much associated etiquette. I have never seen a dirty bathroom or public toilet in Japan, and the train station and department store toilets are my favourites.

When we arrived home the first time, at 1 o’clock in the morning, Mya needed to go to the toilet, and it was very cold. We went into Melbourne airport toilets and Mya nearly cried. A loud wail of “The seat is so cold!!!”, was heard from her cubicle. It was a shock to the system. Although, not as much of a shock as, around four days later, I had to run into the public toilets at Flinders Street station. Oh my, they are beyond description. I ask myself often, why they are so terrible. And…. when I had a guest staying from Japan, I was relieved when he did not need to relieve himself at said station.

So, what can you expect of a toilet in Japan? Well, they are pretty user friendly and in Tokyo, most of the buttons have English translations. If not, there are usually pictures that are quite self-explanatory. I loved the warm seats and Mya liked that the heat was adjustable. There is usually a bidet and a hip wash? There can also be music (to hide the sound of your bodily ablutions) or a long, fake flushing noise. (Which doesn’t really sound like a real flush, but apparently is preferable to someone hearing you pee??) Sometimes this fake flush is on a motion sensor and so it just starts as you enter the stall.

The traditional squat toilets are a little less technical (A LOT) and my kids found them quite confronting, and to be avoided at all costs! I didn’t mind them so much, think Thailand, only cleaner, but these toilets were mostly at temples or very old stations.

There is even a toilet museum in Kitakyushu, near Fukuoka (northern Kyushu). The Toto Toilet Museum houses many exhibits that are toilet related. I have not been, but it is on my list. 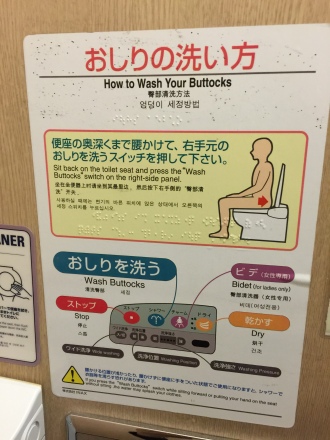 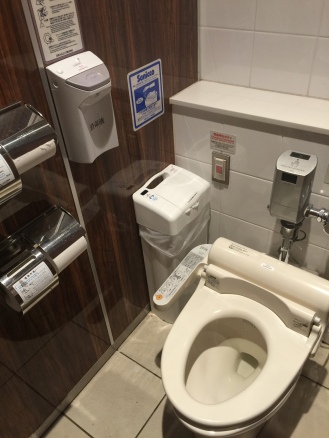 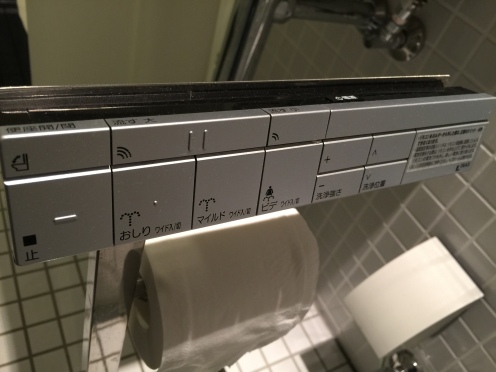