Super Sake Boy proved his driving prowess yesterday, by driving us around Kyoto in Maki-san’s car. Now driving in another country is usually not too intimidating, even on the other side of the road… however, in Kyoto and surrounds, the roads were created as a complete afterthought. Most of the buildings were built hundreds of years before cars were even a consideration, and the roads are incredibly narrow. The cars are, of course, designed to fit on the narrow, little streets, but even still, the feeling of claustrophobia is palpable. I was a somewhat nervous navigator. However, all was well, and we arrived at Daigo-Ji in comfort and without incident. Not even a toot from another car (which is highly unusual)…..

Daigo-Ji is a temple on the outskirts of Kyoto. It was built in 874, and is quite a large sprawl of buildings, in a very beautiful setting. The five story pagoda, Goju-no-to, was built in 951. It is one of the few building in Kyoto that survived The Onin War, and is the oldest building in Kyoto. The temple buildings were spectacular, and all have been used since the Heian Period (794-1185). The gardens and the cherry blossom are so beautiful. One section of the temple, which is a later addition, is the Sanboin area.This area was established in 1115, but refurbished to it’s current state by Toyotomi Hideyoshi (the Osaka Castle dude from yesterday’s blog) for Daigo-no-hanami (Daigo cherry blossom viewing in 1598. This building is amazing, but the garden is probably one of the best I have ever seen in Japan. Very, very, very beautiful. The kids really loved this temple. Abby and Mya were in sakura heaven, and Harps and Ewan loved the pagoda. Mya also loved the little, old Japanese lady we met, waiting at the toilets, singing away to herself. She was very cute and about four foot tall. 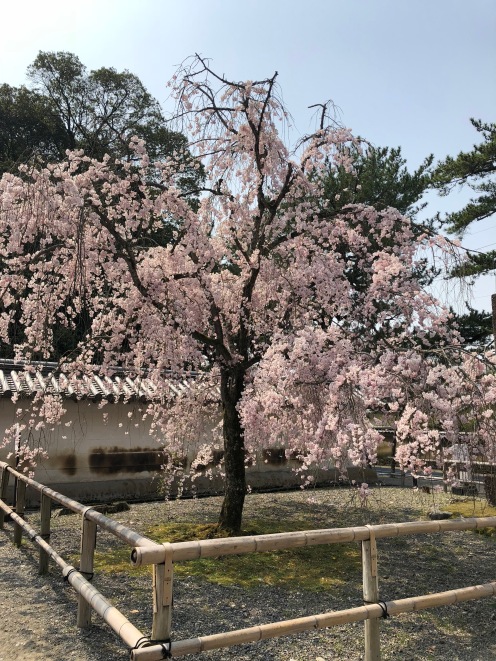 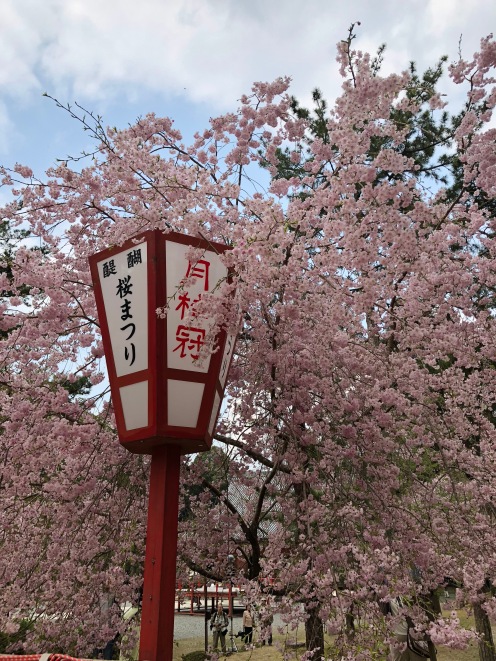 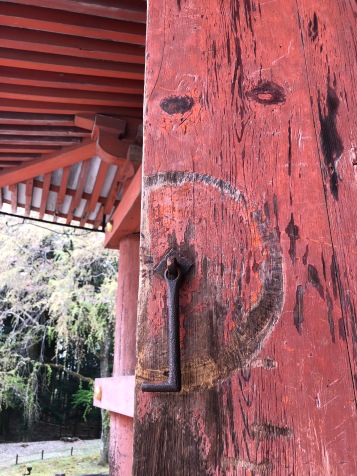 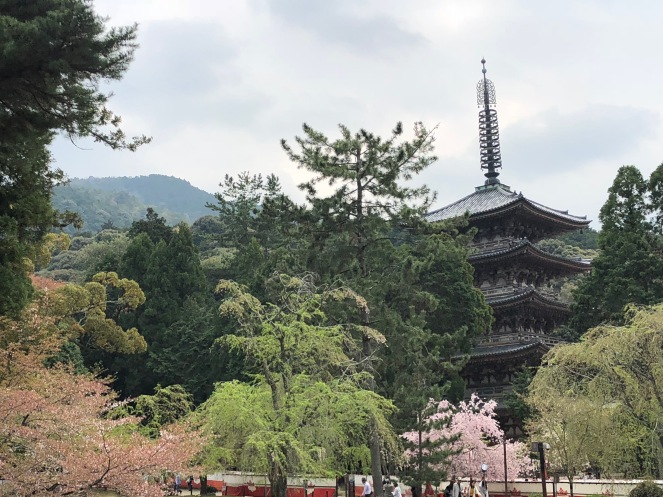 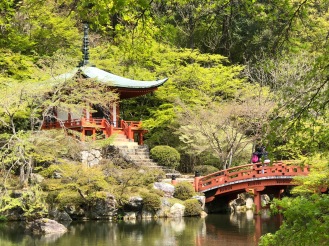 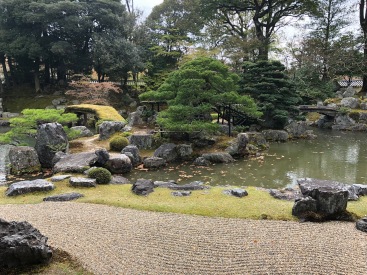 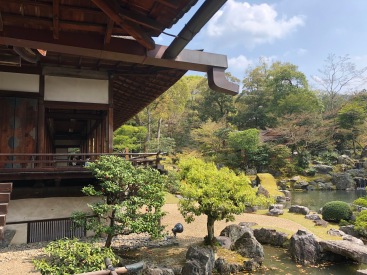 After a lunch of udon in the temple grounds, we headed off to Uji. Uji is the area of Kyoto where matcha (green tea) is grown. It is slightly mountainous, and terribly pretty. We started at the Tales of Genji museum. “Genji Monogatari” (Tales of Genji) is a story written in 1004, by Lady Murasaki, in Kyoto. It is regarded as the first novel ever written. It is a bit of a tragic romance story, and is very popular in Japan. (Super Sake Boy actually found me a manga version at the Manga Museum:)) I have been a bit enamoured by this story for a while, and Murasaki was definitely whispering for us to come to Uji. After the museum, we climbed to the top off the hill, a forested, and ancient path, to the lookout. Then down, along the river, with the cherry blossom and stunning buildings. Uji is Heaven!!! We had cheekily parked the car in a sushi train restaurant for the day, and felt obligated to eat there. It was aesome. We feed 6 hungry bellies, on lots of sushi delights for around AU$10 a head…… followed by matcha soft serve. We couldn’t be in Uji, and not!! The drive home was slightly less claustrophobic, and we had, again, clocked up more than 20,000 steps. It was a great day.