Sunday morning we had to say goodbye to Kyoto, again. It is always a heart-wrenching goodbye, on many levels. This was the first time that I didn’t cry. Maybe because Super Sake Boy and I booked in to stay with Maki again when we return in October for the Jidai Matsuri (Historic Festival) on our history filled, adults only jaunt to Japan. Kyoto is such a beautiful place. It is filled with history and culture, but is convenient, comfortable and modern at the same time. Guesthouse Soi is like my home away from home. This was my third stay, and I am already looking forward to coming back. I love the girls, Senki and Lancy, I love the staff, especially Masato-san, and Maki and Sim are wonderful people and great friends. 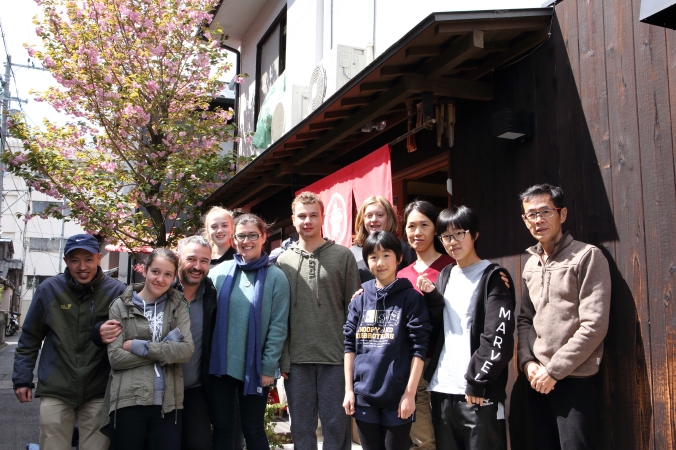 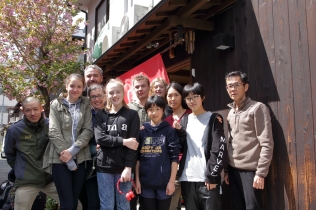 So, after photos and goodbyes, we were in taxis and off to the station. A shinkansen to Nagoya. Only a half hour trip, and we were in a city that none of us had been to before. Nagoya is quite big, around 2.3 million people. Abby said it gave her “Osaka” vibes, and I have to agree. There was something Osaka-ish about it. It’s amazing that different cities definitely have their own idiosyncrasies, and Nagoya had a strange set-menu, free drink type option everywhere we looked for lunch. A little different from everywhere else in Japan that I have been. As we were Japan Northern Alps bound, we had some lunch, and went to Uniqlo. Some members of our party had grown so much in the past year they had no winter clothing to pack. We needed something warm. It was forecast to be pretty cold.

A local train took us up the mountain, for about 2 hours. Exhausted, we fell into the train and promptly fell asleep. When I woke up, we were winding our way through the most spectacular scenery. Tall sugi (Japanese cedar) covered peaks, sprawling traditional farmhouses, rice paddies, fast moving rivers, cherry blossoms and ancient cemeteries in the woods. This part of Japan is unbelievably picturesque. Super Sake Boy and I were very captivated.

When we got off the train in Takayama, Mya and Abby were quietly saying between them that it was not so cold…. For around 20 seconds. Then the cold caught up with them. It was not insane, it was 3°C. But after the very warm Spring weather in Kyoto, it was a bit of a shock. We had booked to stay in an old Machiya (traditional house), in an area that translated, ironically, to Old Houses Area. In the Old Town… The house was old, I’m not sure how old, but very traditional. Sliding shoji screen doors, tatami, kerosene heating (very popular in old houses in Japan) and futon. We got the heating going, and the kotatsu (a table, with a blanket over it, and heating under it, that is super snuggly) and warmed up. By the time we went looking for dinner, it was pretty cold. Takayama is a pretty sleepy place. The area we were staying in had many old homes, many beautifully renovated, traditional style shops and restaurants (which were all closed on a Sunday night) and a very limited option for dinner. We ended up at a ramen place, which was average, but warming and then stocked up on breakfast things from 7-11, before heading home. We all squeezed under the kotatsu, Super Sake Boy and I enjoyed our retro bottle of sake we had bought at the Gekkeikan Museum, and much laughing (a lot of it from me) and hysteria followed. We all fell into bed, into super cosy, electric blanket heated goodness…. I am usually not a fan, but at -1°C, I was very happy it was there. 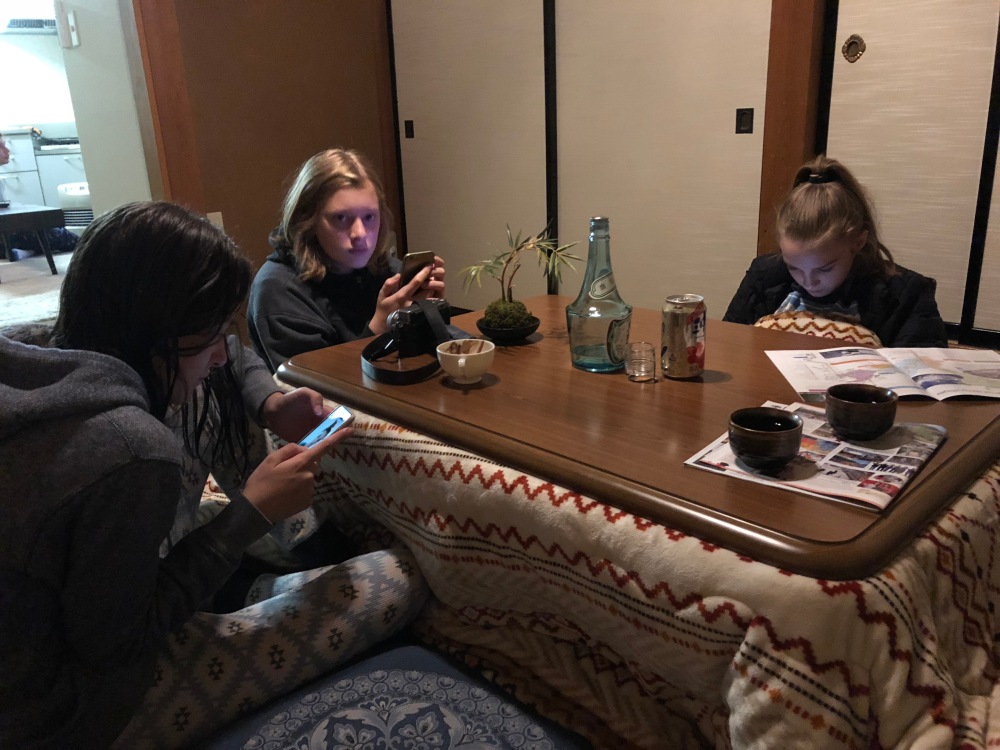