Tuesday morning we woke up early….. no reference to pensioners allowed…. don’t want to upset my Dad. We had a hearty bacon, egg and sausage breakfast, with some really good, Maki coffee, and headed off early to Fushimi. Kyoto’s famous sake precinct. We thought we would pop into the National Museum on our way past, as they had a Miyako Katana (Kyoto Sword) exhibition on. The queue was soooo long….. the Japanese love to queue….. so we walked past and jumped on a train. It would give us an early start at Kizakura Brewery and Museum.

Kizakura is a sake company that broke away from Matsumoto, the parent company, in 1925. Matsumoto, one of Super Sake Boy’s favourites, has been brewing since 1791. Kizakura became popular and set many new trends in sake. While Australia was getting into cask wine in the 80’s, Japan was drinking carton sake…. They were also the first company to be licensed to make small batch beers. Micro breweries, or “ji-biru” is very popular in Japan, but was illegal until 1994. Kizakura make the popular Kyoto Brewery label beers, and also, in collaberation with Waseda Univerity and Kyoto University, grew ancient Egyptian wheat to make Blue Nile beer… We tasted a few of their sakes, and grabed a bottle of Konteki…. another Super Sake Boy fave. 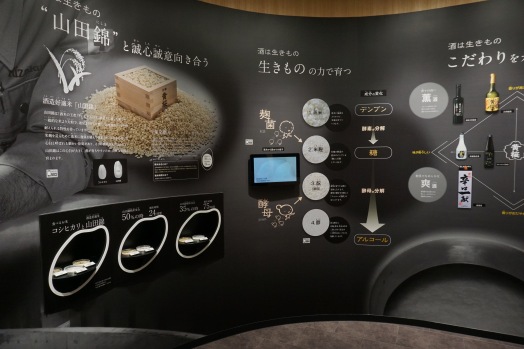 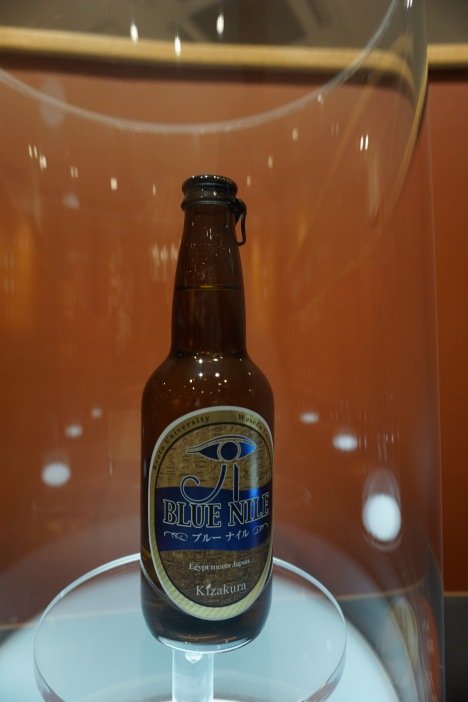 After we left Kizakura, we popped into Fushimi Yume Cafe and tried a local tasting flight. The building was beautiful and the original headquarters of Gekkeikan Brewery, Japan’s largest export brewer. By this time, we were pretty hungry. We walked aimlessly for a bit, until I found a place that sounded interesting on maps…. Torisei. A yakitori place, established in 1966…. With an awesome menu and their own brewed namagenshu. Namagenshu is unpasturised sake and they had it in a massive, chilled vat in the middle of the room. It was around $4.50 a glass. It was good. The food was equally as good. We couldn’t get enough of their vegies and chicken stuffed renkon (lotus root). We ate until we nearly burst.

We then made our way to a very small establishment which came very highly recommended, by a very knowledgable sake mistress. A brewery which had started in 1902, closed and then reopened in 2002. Their sake was next level. We really enjoyed the Yamadanishi Daigingo. It was soooooo yummy. We made friends with a lovely American couple, who restored our faith that some American’s do not love Trump, and sampled quite a large selection of sakes. After making a purchase to bring home, we ran for the train, and then odd the train at Kyoto and into the rain. 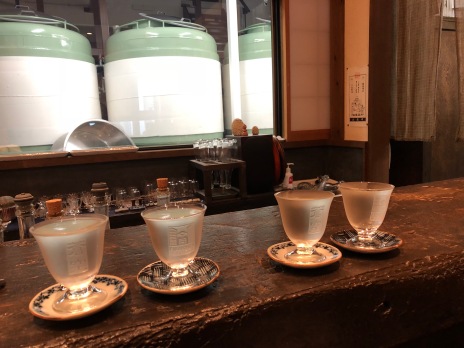 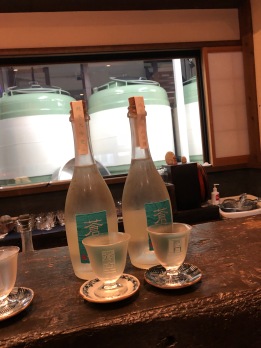 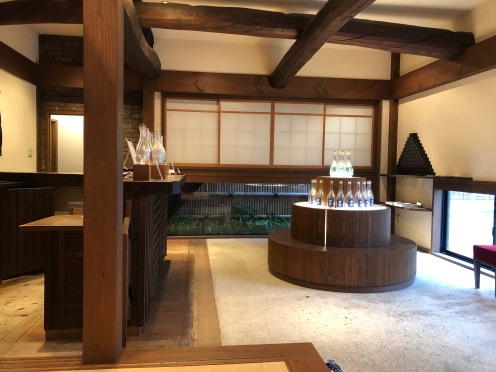 Maki and Sim had invited us to dinner with their friends from Sydney. We immediately liked Frank and Peggy, and Stu wanted to adopt Frank, a Malaysian Chinese, with Mongolian roots, who looked a cross between a warrior and the kindest man in the World. After dinner we went back to the guesthouse, chatted, drank a wee little more sake and went to bed very early, exhausted and a little worse for wear.